No need to look very far to find the best burgers at the 2020 South Beach Wine & Food Festival’s Burger Bash: they were right next to each other! Weston’s Kewpee, based out of Lansing, Mich., won the Judges’ Choice with a 97-year-old family recipe for their Olive Burger. The olive burger recipe used by Weston’s Kewpee was created Weston’s grandmother, taking home the $2,500 prize!

Right next to their station, Butter, celebrity chef Alex Guarnaschell’s restaurant in New York City, won the People’s Choice with the Two Mike’s Burger, the same burger that won the Judges’ Choice just two years ago! Winning over the people is no easy task: Chefs Michael Jenkins and Michael Castellon took their blackened all-beef burger with cheddar cheese to another level this time around, good enough for the $5,000 prize.

In addition to those two big winners, Florida International University grad student Ashley Hutchinson created a Mexican street corn burger, the Elote Motive, to win a $10,000 scholarship from Red Robin, who served her creation at the Burger Bash. 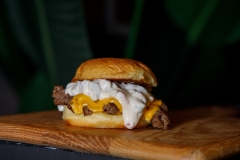 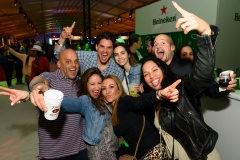 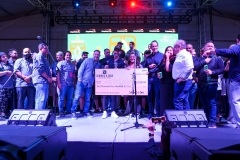 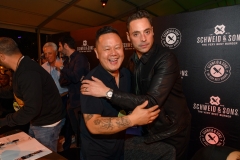 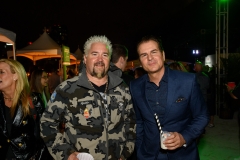 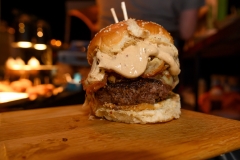 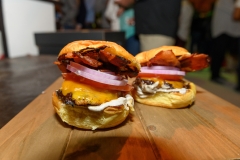 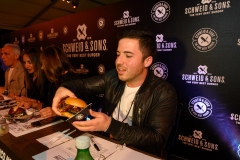 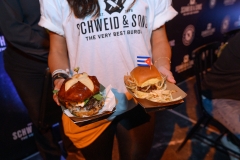 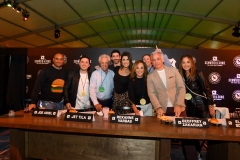 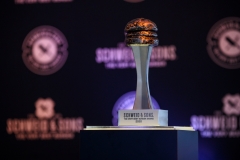 Have you decided which Burger you're getting from

Let your Burger travel tonight with this Greek Rel

When you #OpenWeid for your Schweid & Sons Burger,