The Cattle Call – Interview with Marcus Samuelson, Chef and Restaurateur

The Cattle Call – Interview with Marcus Samuelson, Chef and Restaurateur 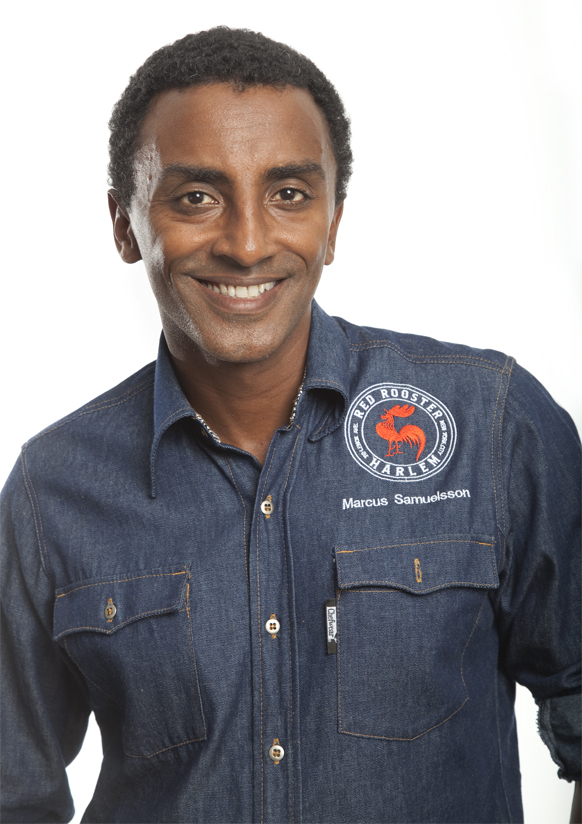 Marcus Samuelsson is the acclaimed chef behind Red Rooster Harlem, Ginny’s Supper Club, and Streetbird Rotisserie.  A committed philanthropist; and the youngest person to ever receive a three-star review from The New York Times, Samuelsson has won multiple James Beard Foundation Awards including Best Chef: New York City, and was tasked with planning and executing the Obama Administration’s first State dinner. Samuelsson was also crowned champion of television shows Top Chef Masters and Chopped All Stars, and served as a mentor on ABC’s The Taste. Samuelsson co-produced Harlem EatUp!, a food and culture festival coming to Harlem, New York. He is the author of The New York Times bestselling memoir Yes, Chef, the young adult version, Make It Messy, and his newest cookbook, Marcus Off Duty.

Where do you live: Harlem, New York City

Favorite style of Burger: I like my burger simple. You know you have a good burger when you bite into it, and there’s just this perfect balance. The worst thing is when everything follows out as you take a bite; the burger should stay together perfectly. I like my burger served on a potato bun, toasted with butter. Whatever bread you use, it should be able to hold up to the juices of the meat so as not to get soggy. As for toppings, I’m traditional – just onions, tomatoes and lettuce.

Favorite Childhood Burger: There was a Swedish Burger Chain called Clock. It was based on the American concept of burgers. Sadly, the Clock in my hometown of Gothenburg was eventually replaced by a McDonald’s.

Burger that haunts your dreams at night: My favorite burger that I still think about is one I had in Atlanta from chef Linton Hopkins at his Gastropub, Holeman and Finch. It’s totally classic – two cheeseburgers on a homemade bun.

What is the one Burger you’ve always wanted to try but still have not: There’s a restaurant up in Connecticut I’ve read about that serves up steamed burgers. The place is called Ted’s Restaurant, and it has been around for over fifty years, so you know they must be on to something.

The secret to making the Very Best Burger: 75% aged beef, 25% fat and chopped by hand. There’s nothing worse than a burger made with beef that has been ground too fine – it makes the end product very dense.

Under no circumstances whatsoever, what should NEVER be put on a Burger: I remember when I first decided to come to the United States, a French chef I knew said in his French accent, “Why would you go to the land of the burger?” When a French chef tells you not to go, you go! I’ve tried a lot of things on burgers in the United States, but foam. Foam should never be on a burger.

If you could have a Burger with anyone alive, or dead, fictional or real, who would it be and where would you take them: It was be totally cool to eat a burger with Miles Davis and just listen to all his stories.

We’ve hand selected Marcus to be one of the official judges for the 2016 South Beach Wine & Food Festival® Amstel Light Burger Bash presented by Schweid & Sons and hosted by Rachael Ray. 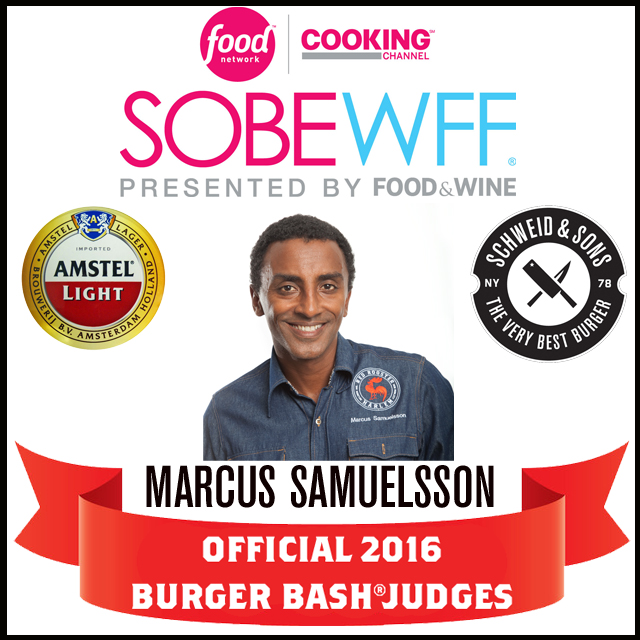 Don't waste time! Get outside, enjoy the weather a

#HappyFourth 🎆 It's a party in the USA 🇺🇸