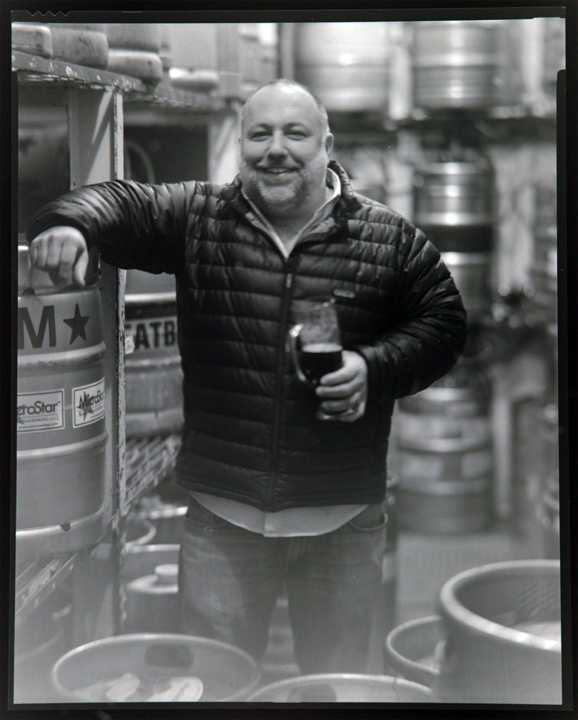 Jimmy Carbone is a NYC-based restaurateur, dedicated social entrepreneur, and event producer. In addition to owning Jimmy’s No. 43, an East Village bar and restaurant with a focus on unique beers and a greenmarket menu, Jimmy founded Food Karma Projects, a creative producer of food and media events throughout the New York area.

Jimmy has always had an interest in local food systems, going back to when he turned 18 and traveled the world looking for a good lunch. He attended Columbia University and became involved in restaurants and food production in the city, being featured on Martha Stewart Radio, in Edible Magazines, and on Mike Colameco’s Food Show.

In 2009, Jimmy helped launch The Good Beer Seal, which exists to identify bars offering an intriguing selection of craft beer in a unique atmosphere created by owner/operators who exhibit a deep commitment not only to the promotion of craft beer but to their community as well. For five years, the Good Beer Seal has received an official proclamation from the NYC Mayor’s office, designating July as the “July Good Beer Month.” Additionally, Jimmy is the host of the popular podcast, Beer Sessions Radio™ on the Heritage Radio Network, which recently aired its 250th episode. In 2011, he continued his community involvement by creating a food event production company with a focus on social entrepreneurship.

Where do you live: East Village, NYC

Burger that haunts your dreams at night: The burger I just had at Dudley’s on the lower east side-the Bronte burger with sweet chili sauce, mayo and cheese.

What is the one Burger you’ve always wanted to try but still have not: The Mile End French Canadian smoked meat burger!

The secret to making a great Burger: Freshly ground meat.

Under no circumstances whatsoever, what should NEVER be put on a Burger: Blue cheese.

If you could have a Burger with anyone alive, or dead, fictional or real, who would it be and where would you take them: Ernest Hemingway. His books inspired me to a life of travel and adventure. I’d sit with him at Casa Mono on Irving Place (Manhattan) and ask Chef Anthony Sasso to make a Spanish inspired Running with the Beef™  burger-topped with roasted rep peppers, sauteed baby leeks, harissa! Ole!!

Please use this space to talk about or plug anything else you want: I’m looking forward to having grilled beef n burgers outdoors at Cook Out NYC: “Running of the Beef,” July 11th on the East River! 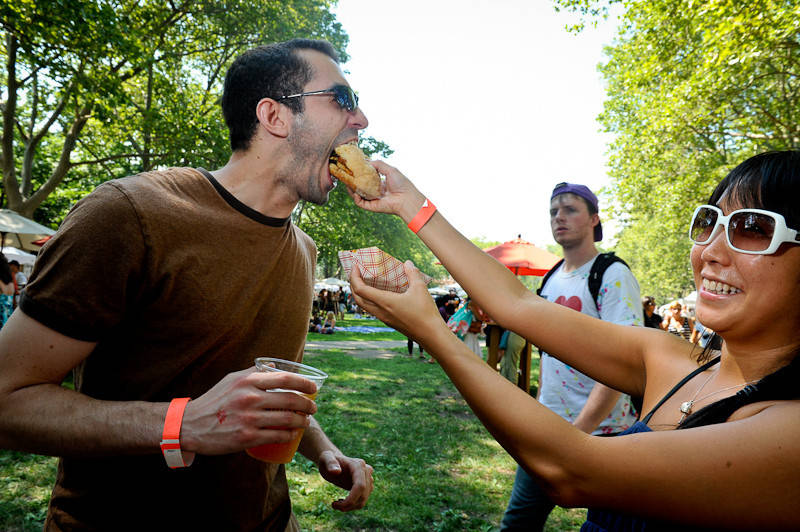 Food Karma Presents Cook Out NYC: Running With The Beef on July 11th 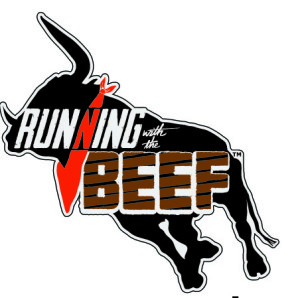 From the producers of Pig Island, NYC Hot Sauce Expo and Brisket King of NYC, we invite you to join us on Saturday, July 11th, to Cook Out NYC’s Spanish style outdoor grilling fiesta: Running with the Beef™ . 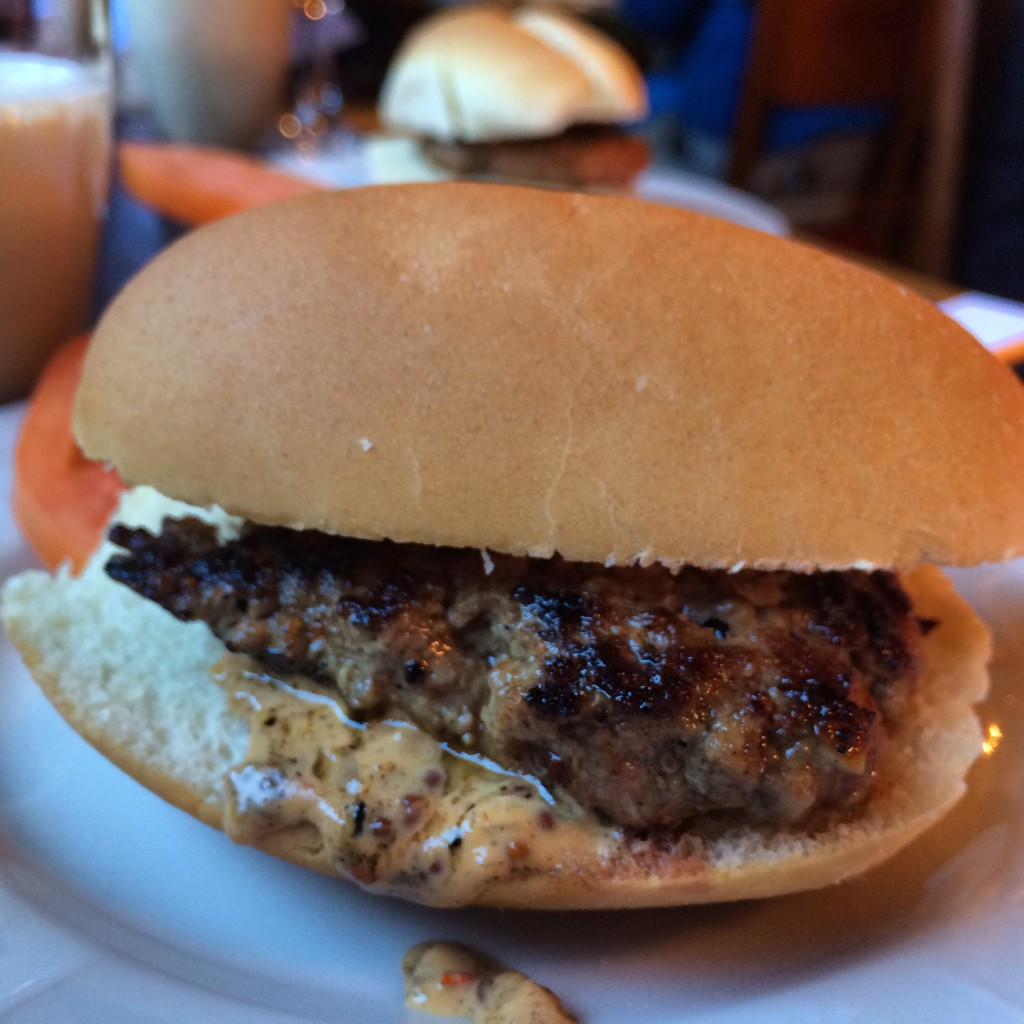 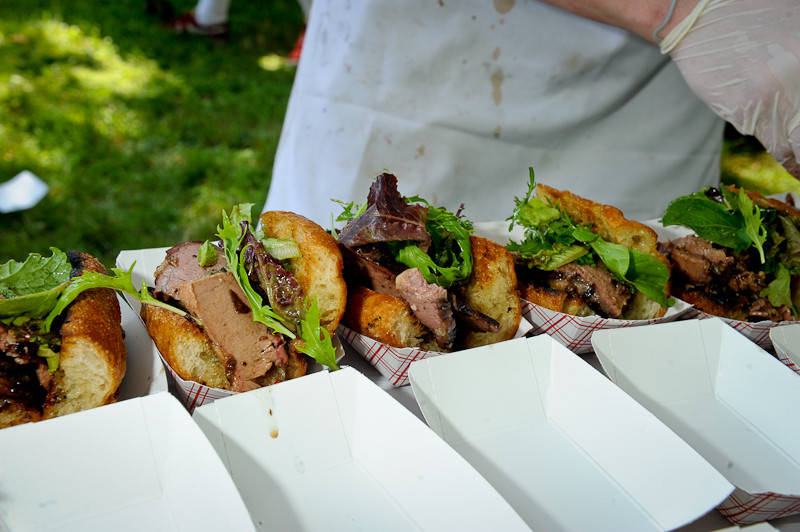 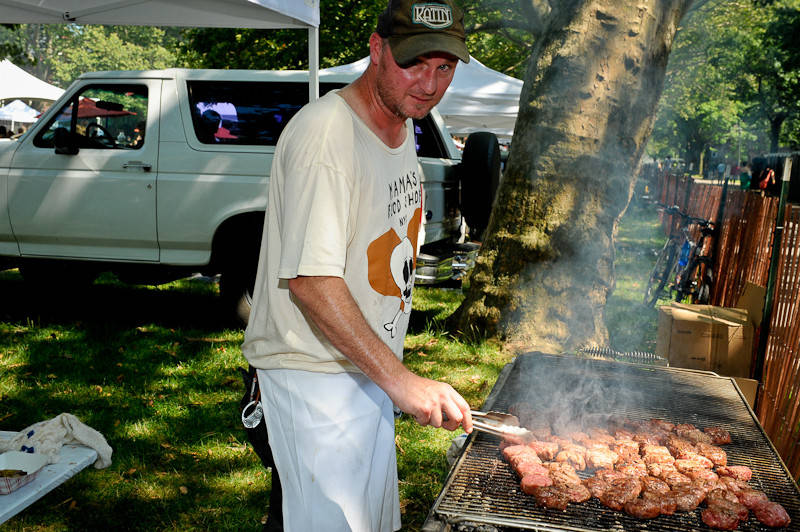 Get your ticket now and join us for Running with the Beef™! 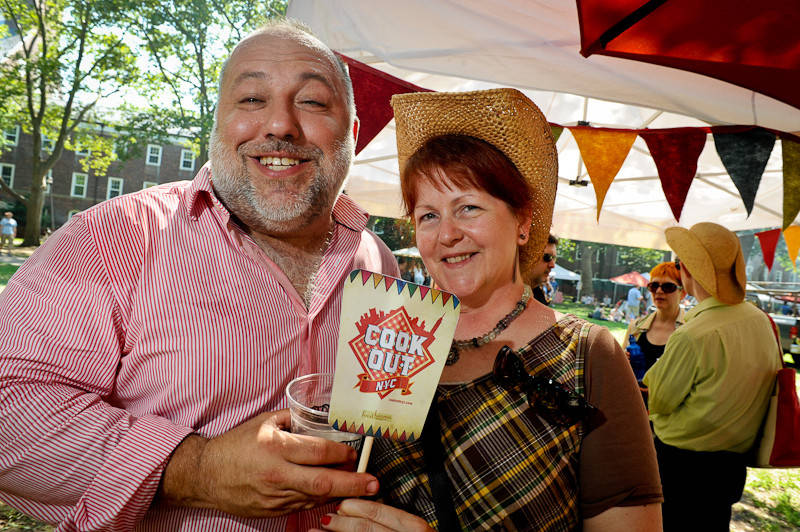