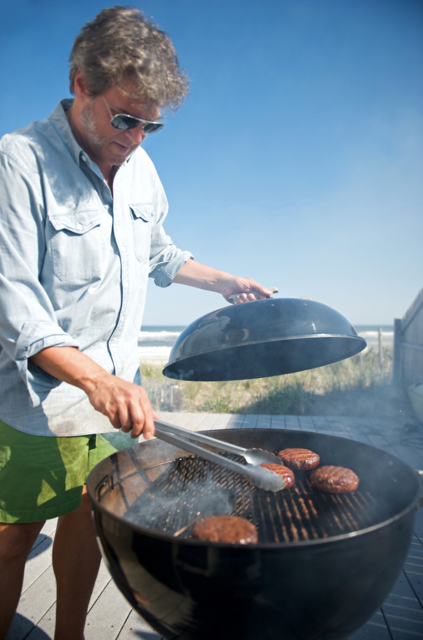 George Motz is America’s foremost hamburger expert, the host of Travel Channel’s Burger Land, the director of The Food Film Festival, and author of Hamburger America, a guide to 150 great hamburger joints. He has also eaten more burgers in more places than you.

Where do you live: Brooklyn

Favorite style of Burger: Smashed on a White Squishy Bun

Burger that haunts your dreams at night: McDonalds!

What is the one Burger you’ve always wanted to try but still have not: There are MANY, but to name a few – Mos Burger in Japan, Fergburger in New Zealand, Ono Char Burger on Kauai, W&M in Honolulu, Bates Hamburgers in Detroit,….I could go on..

The secret to making a great Burger: K.I.S.S….simplicity is the downfall for most. Look to history – new ideas rarely work.

Under no circumstances whatsoever, what should NEVER be put on a Burger: Donkey Sauce or ketchup

If you could have a Burger with anyone alive, or dead, fictional or real, who would it be and where would you take them: I’d take my Dad to the Apple Pan, and then to Irv’s..

Please use this space to talk about or plug anything else you want: Look for my new book The Great America Hamburger Cookbook, out soon.

We’ve hand selected George to be one of the official judges for the 2015 South Beach Wine & Food Festival® Amstel Light Burger Bash presented by Schweid & Sons and hosted by Rachael Ray. 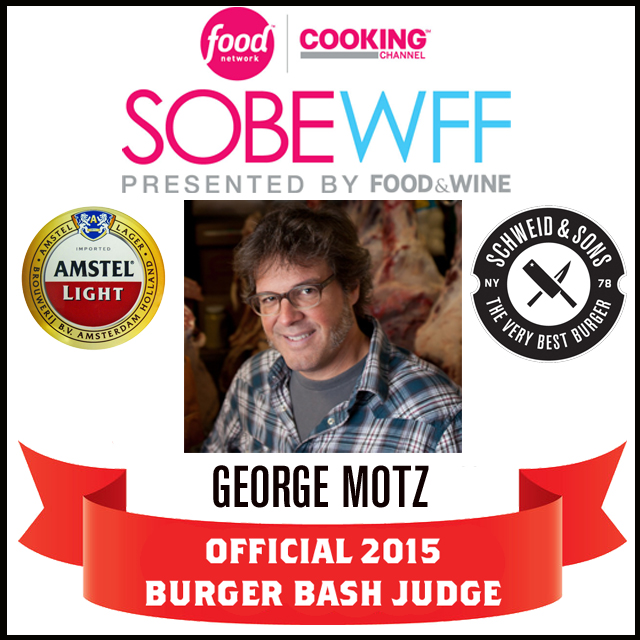