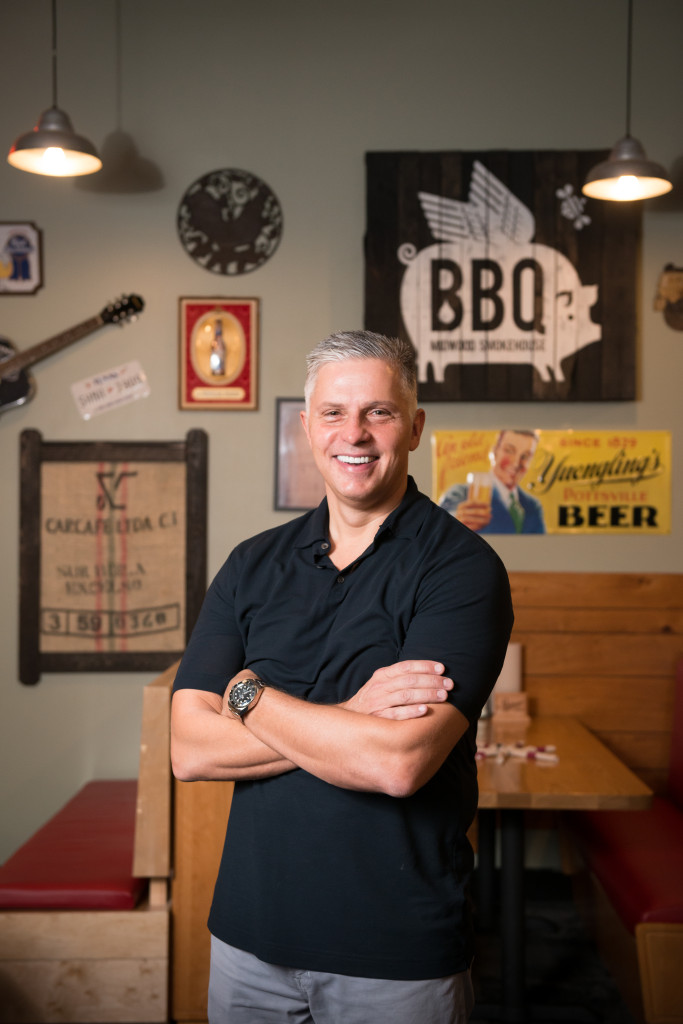 Restaurateur Frank Scibelli still sounds like the Massachusetts native he is, but after more than 25 years in the South, he considers this part of the country his home. His first taste of professional success was as a business consultant in Charlotte, N.C. But the guy with the MBA (from Wake Forest University, which is where he earned his undergraduate degree, too) couldn’t ignore his lifelong passion for cooking and bringing people together around a dinner table. Scibelli opened his first restaurant, Mama Ricotta’s, in his adopted hometown in 1992. He began with many of his mother’s recipes and worked the front of the house like the gregarious host he is – while also, in those early days, running his kitchen.

Since then, thanks to Scibelli’s insistence on fresh ingredients and a consistently great dining experience, Mama Ricotta’s has quadrupled in size. The growth spurred Scibelli to expand his restaurant empire, which now includes Plate Perfect Catering, Midwood Smokehouse, Paco’s Tacos and Bad Daddy’s Burger Bar. In all Scibelli’s restaurants, a warm welcome, great food and superior service have been key ingredients. And the ingredients he insists on using are also key: Locally sourced whenever possible, fresh, homemade and artisanal.

Scibelli opened the original Bad Daddy’s Burger Bar with fellow restaurateur Dennis Thompson in Charlotte’s Dilworth neighborhood in 2007. The duo felt there were plenty of burger places on the market – but that the market lacked a burger shop with top-notch ingredients that also paid attention to other menu items. While developing the menu, the team researched burger trends and top food purveyors, both locally and nationally. (They also had to taste a lot of burgers. Tough work, but Scibelli is willing to do it.) He takes a hands-on approach and can often be found at local farmers’ markets, working with regional purveyors to source the best meats, breads, cheeses and produce.

Since opening, Bad Daddy’s Burger Bar has expanded to include 13 locations in multiple states. In 2013, Scibelli formed Bad Daddy’s Franchising Development to expand the brand. Bad Daddy’s consistently receives top honors, including Charlotte Magazine’s“Best Burger” for the past five years, and recognition as one of the top 25 burgers in the country by USA Today and was recently invited to participate in the prestigious Burger Bash at the South Beach Wine & Food Festival.

Scibelli has a national reputation as a restaurateur. He has served on both the National Dairy and National Pork Boards. When he’s not on some new culinary quest or taste-testing new menu items, Scibelli is likely spending time with his family.

Where do you live: Charlotte, NC

Burger that haunts your dreams at night: I sleep too well for that.

What is the one Burger you’ve always wanted to try but still have not: The original “DB” Burger by Daniel Boulud.  He started the whole better burger craze.  A sirloin burger filled with braised short ribs, foie gras, and black truffle on a parmesan-dusted bun.

The secret to making a great Burger:  Don’t ignore any component.  Start with excellent meat, great cheese and a soft bun.

Under no circumstances whatsoever, what should NEVER be put on a Burger: Relish.

If you could have a Burger with anyone alive, or dead, fictional or real, who would it be and where would you take them:My father, he never got to see Bad Daddy’s Burger Bar and I would have loved to enjoy a burger with him in the original store. 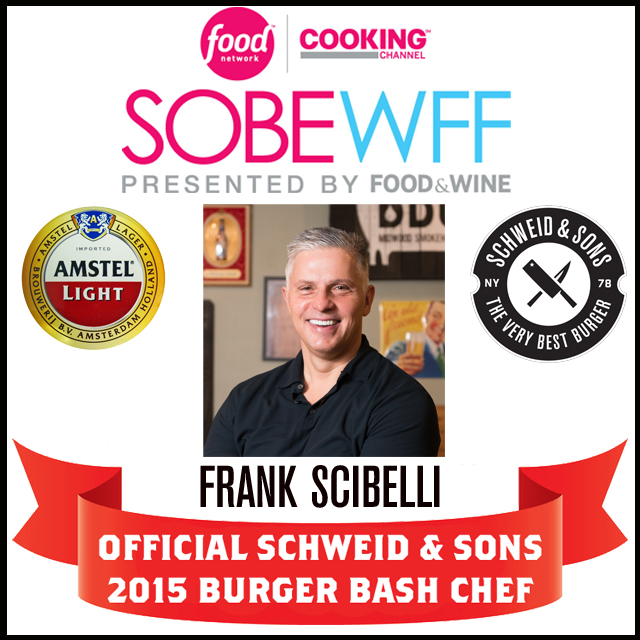