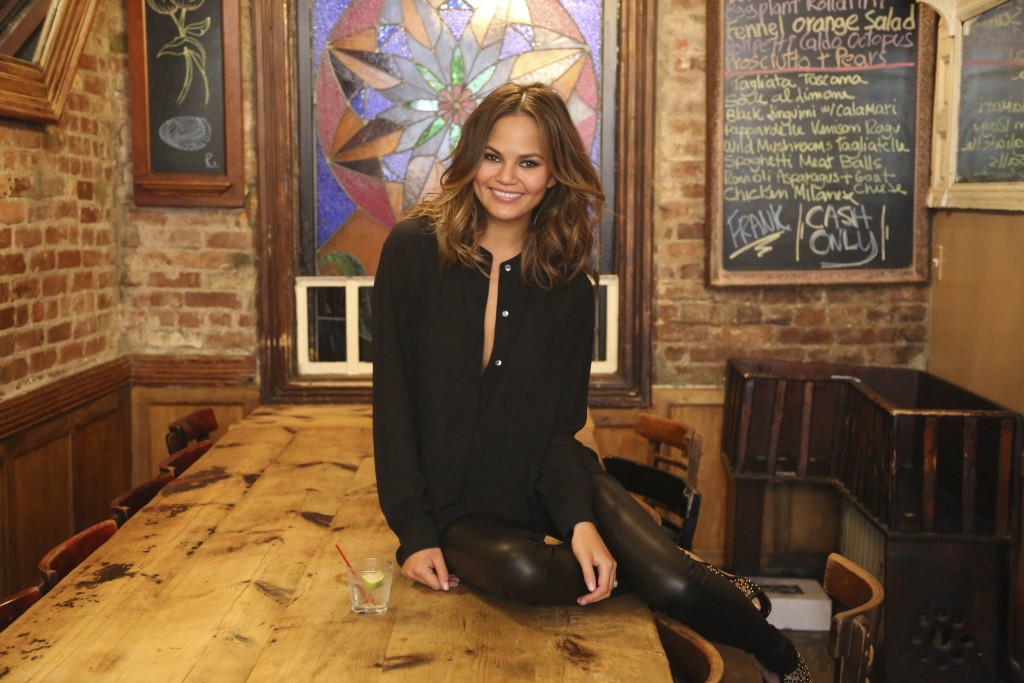 Known for her clever, irreverent, yet savvy, tweets and Instagram photos, 2014 Sports Illustrated swimsuit cover model and television host Chrissy Teigen is also the founder and author of SoDelushious.com.

Teigen will next appear as a colorful commentator on Spike TV’s “Lip Sync Battle” which will premiere on April 2nd. In Fall 2015, Teigen will cohost ABC’s new syndicated talk show titled “The FAB Life.”

Where do you live: NYC / LA

What is the one Burger you’ve always wanted to try but still have not: If I have ever wanted to try a burger, I have eaten that burger. I have had all of the burgers.

The secret to making a great Burger:  Not pressing all the juicy goodness out on the grill.

Under no circumstances whatsoever, what should NEVER be put on a Burger: A burger is whatever you want it to be. That’s the best part about a burger — there are no rules. If the hamburger is merely a vessel for you to consume A1 or tartar sauce or thousand island dressing, great. Do you.

If you could have a Burger with anyone alive, or dead, fictional or real, who would it be and where would you take them: I would like to have a burger with my great grandpa. There is no way that man ever had a hamburger living in the villages of Thailand. We would enjoy burgers and custard at Shake Shack, if I could get him on an airplane.

We’ve hand selected Chrissy to be one of the official judges for the 2015 South Beach Wine & Food Festival® Amstel Light Burger Bash presented by Schweid & Sons and hosted by Rachael Ray. 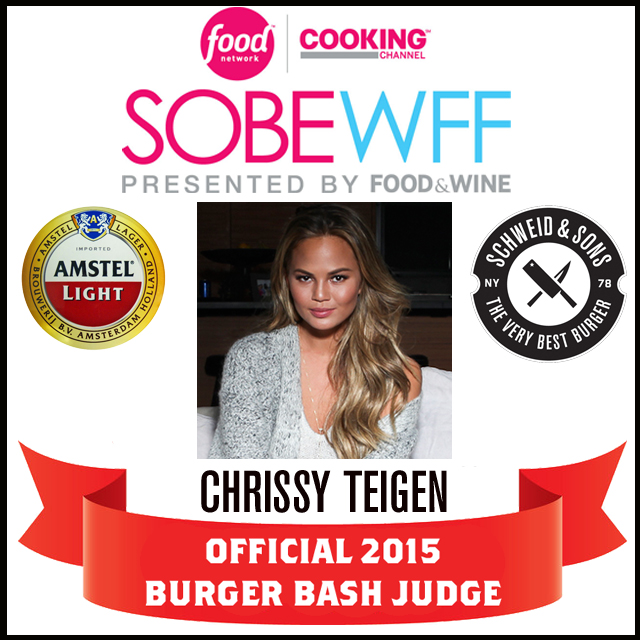 As we get closer to the start of grilling season,

Can you guess the name of this Burger from the emo