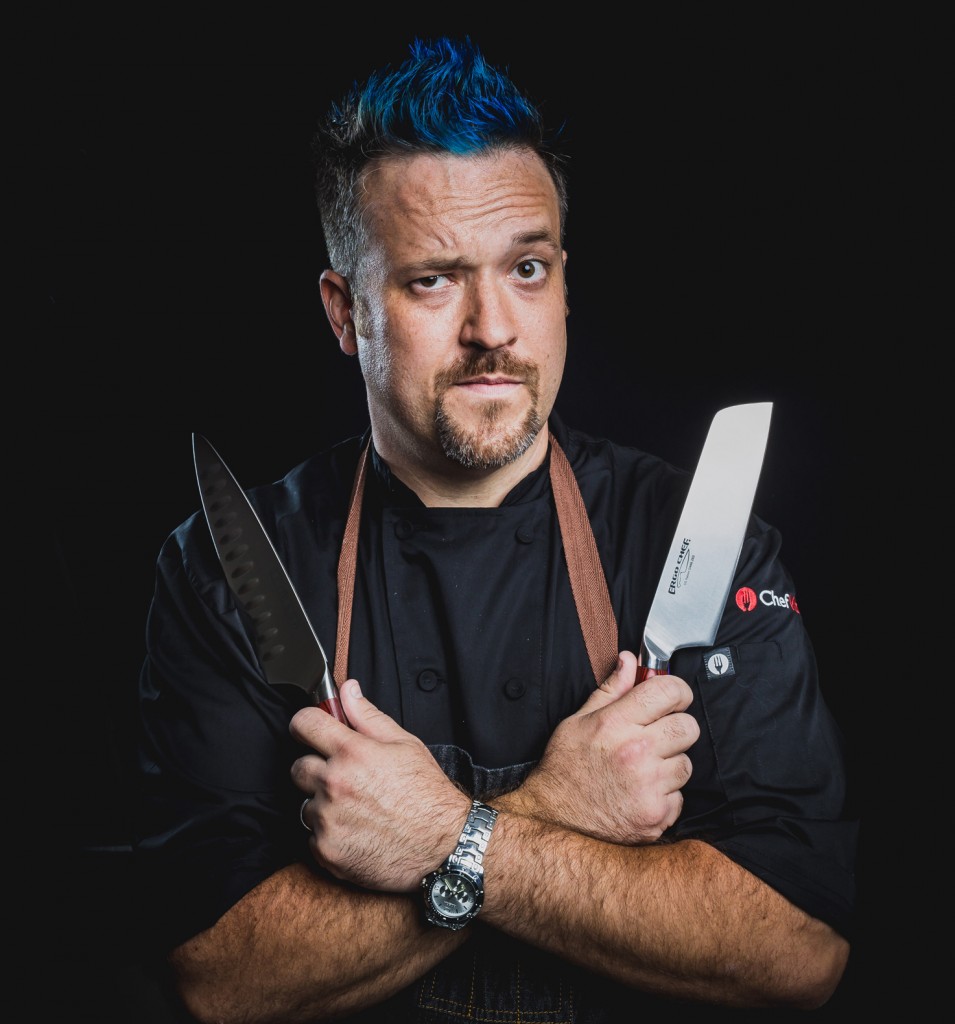 Chef Plum: Born in Richmond Virginia is a graduate from The Culinary Institute of America with over 18 years of experience. Having worked all over the east coast in five star hotels and resorts to great small neighborhood restaurants. Plum-Luv-Foods was born in 2006 and since then has brought great whole farm foods to families, small parties, Broadway actors, executives Chef Plum has been featured on Food Network, ABC’s The Taste, Ehow.com, Jamie Olivers Foodtube, national commercials and many other outlets.

Chef Plum Hosted the All Recipes.com segment on the nationally syndicated “Better” show on the Hallmark channel. Recently Chef Plum was the winner of Episode 2 of “Guys Grocery Games” on the Food Network.

Chef Plum has a passion for simple easy farm foods believing great food doesn’t need gimmicks. Chef Plum’s latest brainchild, the award winning Dinner Underground has brought a series of pop up restaurants to Newtown and Danbury. Chef Plum is the first chef to ever host a pop up restaurant inside the walls of mall kitchen giant Williams-Sonoma.

Chef Plum’s podcast “Plumluvfoods Live”, is a popular show amongst those in the culinary field and even those who just love food!. The show covers all angles of the business and has had great guests such as Troy Johnson from Food Network, Beau Macmillan, Emmy award winner Paul Mercurio and many more! The show is live Monday nights and is heard on Blogtalk radio Stitcher, and archived on Itunes . Chef Plum is a regular on “BetterCT” on WFSB, FoxCT, Food Network, Star 99.9 and the nationally syndicated shows, “Better” and “Arise 360”. Also Chef Plum is an award winning on camera talent for ehow.com

Chef Plum has served on the judging panel for many prestigious event including, Ny Hot Sauce Expo, Bacon and Beer Classic, and Ny Best Wing Festival. Chef Plum is also the Host/MC for The CT Chef’s challenge.

Where do you live: Newtown CT

Burger that haunts your dreams at night: Whataburger from 1988.

What is the one Burger you’ve always wanted to try but still have not: Moose for sure more game meat burgers.

Under no circumstances whatsoever, what should NEVER be put on a Burger: Wet newspapers.

Please use this space to talk about or plug anything else you want:Check out my radio show Monday nights live at 10 pm blogtalkradio.com/chefplum and on iTunes! coming soon to a TV near you!