Last weekend The Very Best Burger Truck paid a visit to sunny Philadelphia and participated in the Rittenhouse Row Spring Festival. A large, all-day event, the Spring Festival saw vendors from all different industries selling their wares, live music performances, and other fun activities. We sampled our Signature Series: The Chuck Brisket Burgers to a hungry crowd and even got a chance to meet with some of Philly’s most prominent food influencers. Check out our full recap below.

We couldn’t take The Very Best Burger Truck to Philly without paying homage to one of the city’s most iconic foods: the Philly Cheesesteak Sandwich. Inspired by the city’s eponymous sandwich, we built a Burger that draws from its savory flavors and tastes delicious. 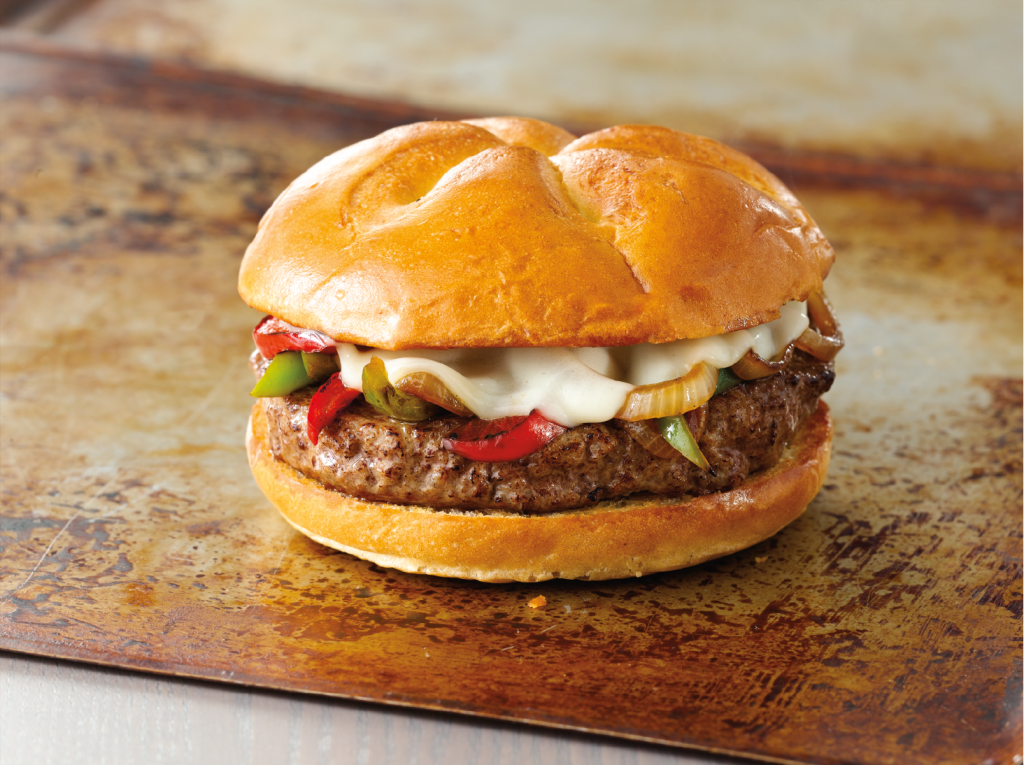 We had the chance to meet up with Gary and Ryan from @PhillyNomBros at the Rittenhouse Row Spring Festival to talk about life and Burgers. Gary and Ryan chronicle their epic quest for the best eats in Philly on Instagram and Tumblr. Check out what they had to say below.

What is your favorite Burger from childhood?

Gary: This is more from my teenage days but I was obsessed with Five Guys…actually, I still love their Burgers.
Ryan: This may seem weird coming from a foodie, but I actually refused to eat red meat during my childhood. For some reason it freaked me out. I was young and naïve. Pretty sure the first burger I had was late in high school at Bobby Flay’s Bobby’s Burger Palace, and well…it’s Bobby Flay, so obviously it was delicious.

What is the last Burger you ate?

Gary: It’s a blur! Ryan and I were judges at the Philadelphia Burger Brawl this weekend and probably tried 15 different Burgers! There was one with black truffle oil from Village Whiskey, another with BBQ mac n cheese from Union Tap, one with candied bacon from Taproom on 19th…the list goes on.
Ryan: The Lamb Burger from Bar One in South Philly. The burger is wrapped in prosciutto and topped with goat cheese, lettuce, tomato and onion. It’s absurd.

Philly cheesesteak burger! 🍔 @schweidandsons was killing the game and giving these out FOR FREE ❌💸 to everyone at @rittrow festival last Saturday! #win #rittenhouserow #verybestburgertruck

What Burger have you not had that you want to try?

Gary: A couple months ago Questlove posted on Instagram about the “Impossible Burger” from Momofuku. He said it was “hands down the best Burger he’s ever had”. It’s 100{ac6e72b93aea1d4d9fc638073263449a51587c3353b2bb23f0a1180fb3daf6fc} plant-based. I’d usually laugh at that, but Questlove is one of my favorite foodies so I have to respect his word. Need to try it soon.
Ryan: The Pork Roll Burger from Blue Duck. It’s a ground pork roll and beef patty with American Cheese, Sriracha mayo, and topped with a sunny-side-up egg. I’m a huge fan of pork roll with any breakfast meal, so I’m actually surprised I’ve made it this long without trying it.

If you could share Burgers with anyone—alive of dead, real or fictional—who would it be?

Gary: I would want to have a Burger with one of my food idols! Anthony Bourdain, Michael Solomonov, Action Bronson…maybe have an Impossible Burger with Questlove.
Ryan: Definitely Chef Michael Schulson. My three favorite restaurants in Philadelphia are Double Knot, Sampan, and Harp & Crown, all of which happen to be his.