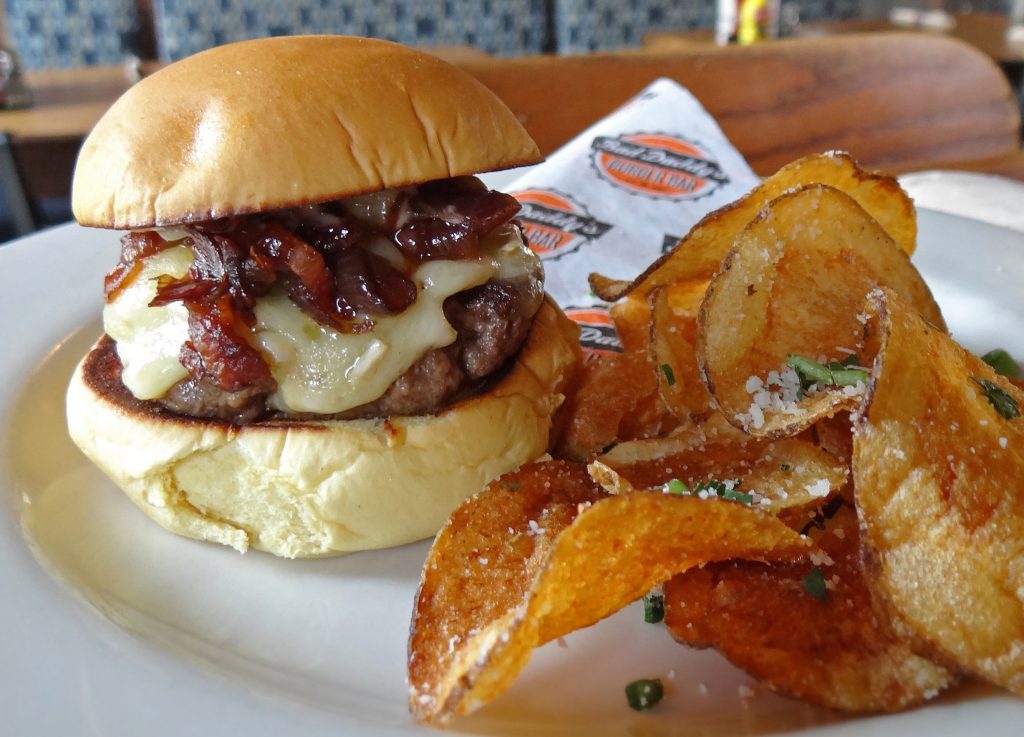 Would you look at that? WOW!!!

It’s “The Bash Daddy” burger from Bad Daddy’s Burger Bar in North Carolina. Are you thinking what we’re thinking: “How soon can we get this in our mouth?”

We invited Bad Daddy’s Burger Bar and founder Frank Scibelli to represent our ground beef by serving hamburgers at the 2015 South Beach Wine & Food Festival® Amstel Light Burger Bash presented by Schweid & Sons and hosted by Rachael Ray. Not only did he say yes but he has come up with, pardon the joke, one bad ass burger!!! 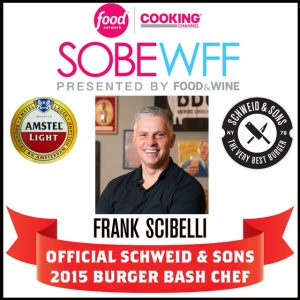 The Bash Daddy will consist of a proprietary blend patty made from short rib, brisket and Schweid & Sons ground beef topped with Raclette and Comte Cheese, Amstel Light & Bacon Braised Caramelized Onions and homemade Mustard Aioli on a freshly made potato bun.

We’re pretty sure this has the makings of The Very Best Burger! 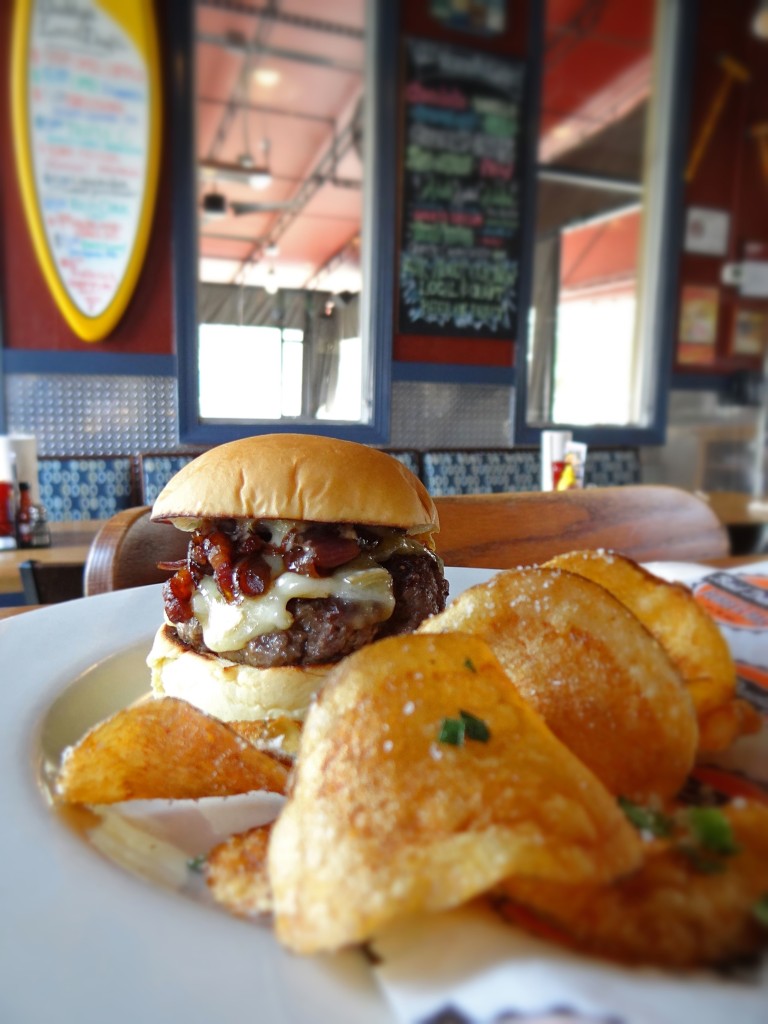 If you want to eat this and a whole lot of other awesome burgers, get a ticket to the event by visiting www.sobefest.com.

Thirty of the nation’s top burger chefs will arrive in Miami with their best burger recipes to compete under the signature white tents behind The Ritz-Carlton South Beach hotel as Rachael Ray returns to host her 9th annual Burger Bash®. This year there are new chefs in the ring ready to take on the champion, including Bad Daddy’s Burger Bar Founder Frank Scibelli.

“We chose Frank and the Bad Daddy’s team to represent Schweid & Sons in this year’s Burger Bash because we are confident that they can do a better job of cooking up flavorful and unique burgers than we ever could. We are huge fans of the restaurant and would not have chosen them to represent us if we didn’t think they had a chance to win,” said Jamie Schweid, Executive Vice President of Sales, Marketing, IT at Schweid & Sons.

All proceeds from the Festival benefit the Chaplin School of Hospitality & Tourism Management at Florida International University.  Tickets and more information can be found at www.sobefes.com.

“We are extremely honored to be chosen to compete in this year’s Burger Bash as a representative of Schweid & Sons,” said Scibelli.  “Our loyal guests at all of our locations are constantly blown away by what we can do with a burger and we look forward to showing Miami what Bad Daddy’s brings to the table with the debut of The Bash Daddy.”

Praised by guests and critics alike, Bad Daddy’s has been rated one of USA Today’s 25 Best Burger Joints and was named to Zagat’s ‘Between the Bun: Must Try Burgers’ list in 2014.

Bad Daddy’s culinary differentiators include burgers made from a proprietary premium blend of ground chuck and brisket topped with house made cheese and scratch made sauces. Reviews rave of unique burger toppings such as buttermilk country-fried bacon, house-made American cheese, scratch made pesto and the signature Bad Daddy’s sauce. The restaurant also offers build your own salads, a full gluten-free menu and regional menu items that incorporate local flavors. High-energy rock music, local craft beers showcased across the bar and décor distinct to the neighborhood adds to a unique brand personality.

How about one more look for good measure? 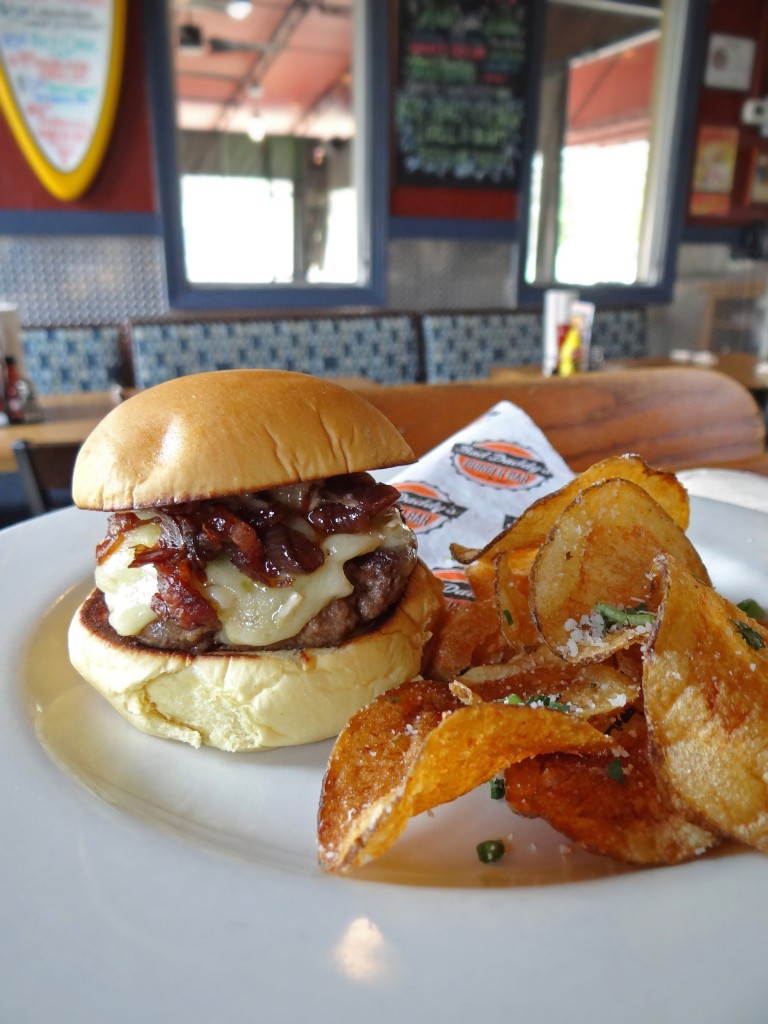